‘Shrimad Rajchandra, An Inspirational Biopic’, is a 3D animated movie capturing the life journey of a little boy named Laxminandan, born in 1867 in Vavania village of Saurashtra to the most humble and devoted parents, Shri Ravjibhai Mehta and Smt. Devma. He was a very curious child whose questions were overwhelming sometimes and at times, eye-opening. His understanding and maturity were beyond his age. He was special and blessed with extraordinary powers that earned him the title, Shrimad Rajchandra.

When he was merely 7 years old, he attained the power of Jati Smaran Gnan (recollection of memories of several past lives). He was able to write around 5,000 stanzas of poetry in the first year itself, at the age of 8. He had already become a promising orator at the age of 10, giving spellbinding speeches. When he was 19, he performed Shatavadhans (performing 100 tasks, simultaneously) before a distinguished audience of thousands at a public function organized at Framjee Cawasjee Institute (near Metro Cinema, Mumbai), leaving everyone awestruck by his spectacular display of mnemonic capacity. His business intellect at the age of 21 made him extremely successful in the trading of pearls and diamonds which grew exponentially across the globe within a very short span of time.

But he was seeking something beyond all this.

Shrimad Rajchandra was a knowledge bearer, an unconditional giver, an ascetic by birth and a profoundly learned man with exceptional intellect and ability to see the future. Despite such accomplishments and prosperity, he led a simple life, enriched with plenty of fables about kindness to share.

If we take inspiration from even one of his life stories, it will be a turning point of our lives; with wonderfully uncluttered thoughts and unerring perspective towards life.

The two Legendary Leaders of India: Mahatma Gandhi and Jamsetji Tata were inspired by Shrimadji. The principle of nonviolence with which Gandhiji won India’s freedom came from Shrimad Rajchandraji. Jamsetji’s meeting with Shrimadji was life changing and his virtue of generosity was largely imbibed from him.

Do watch this movie with all your loved ones. NO 3D GLASSES REQUIRED :) 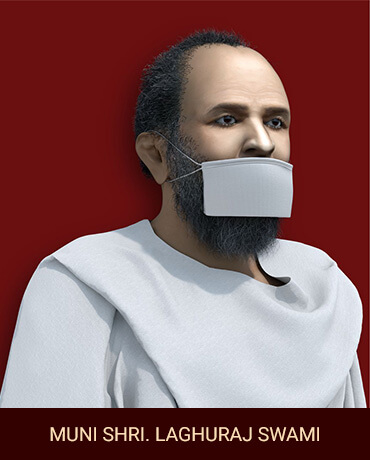 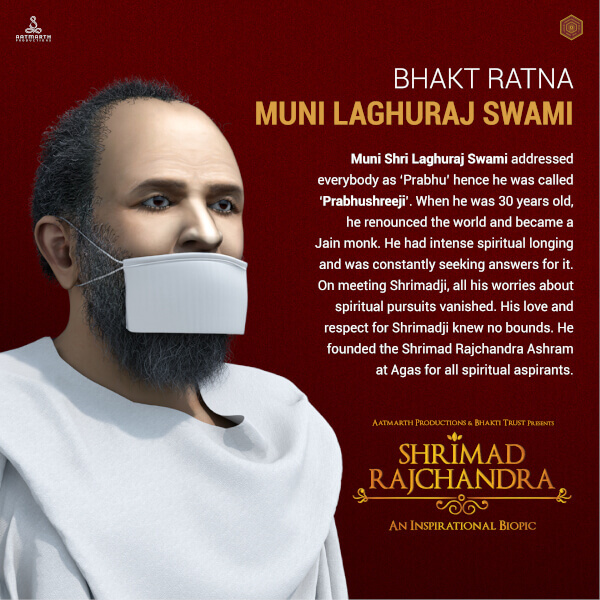 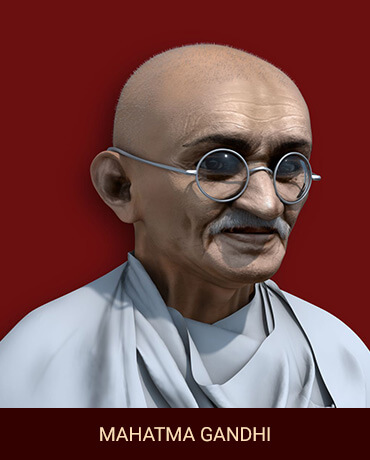 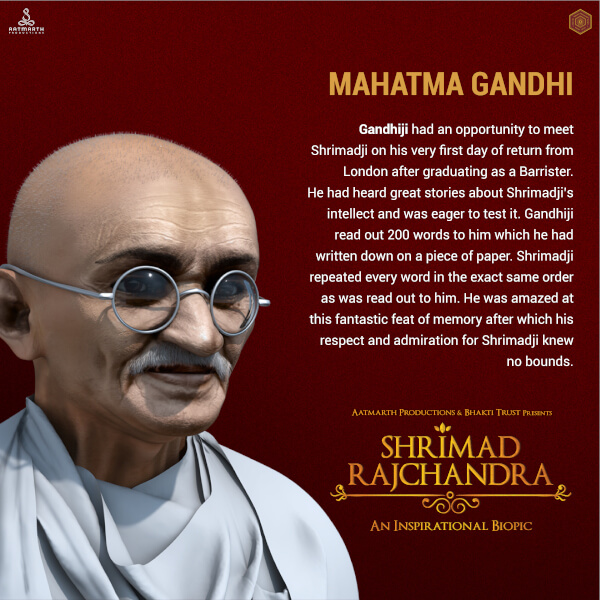 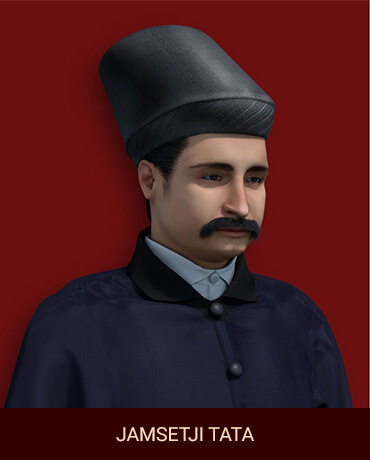 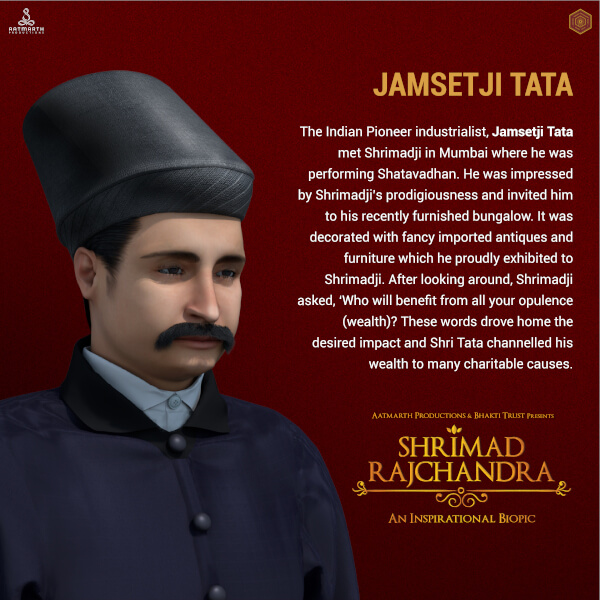 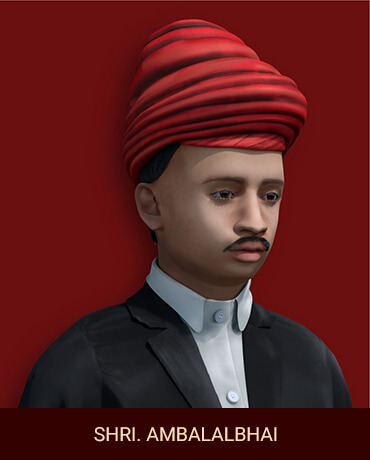 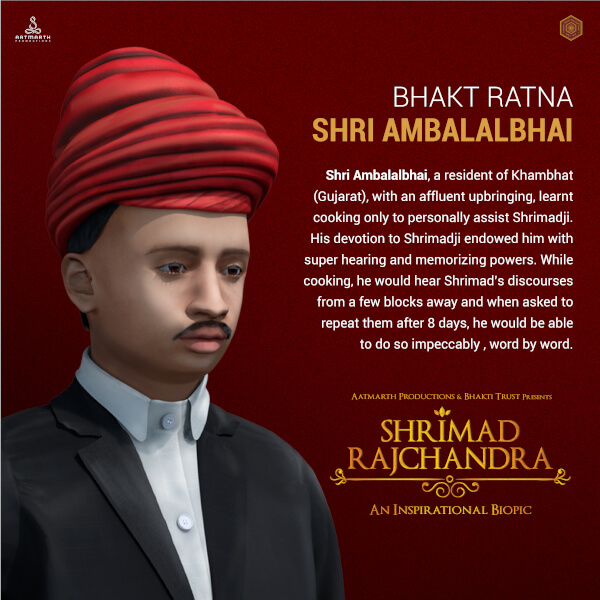 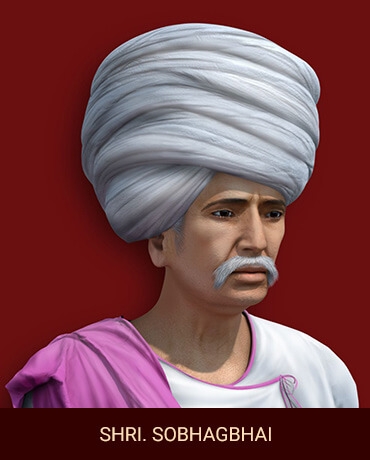 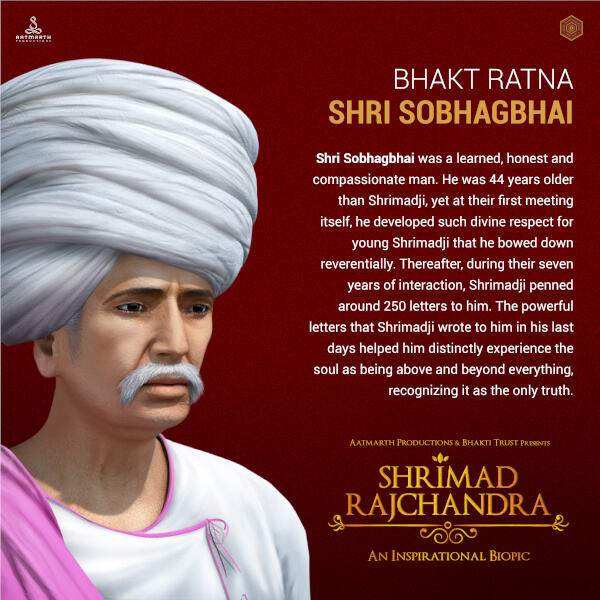 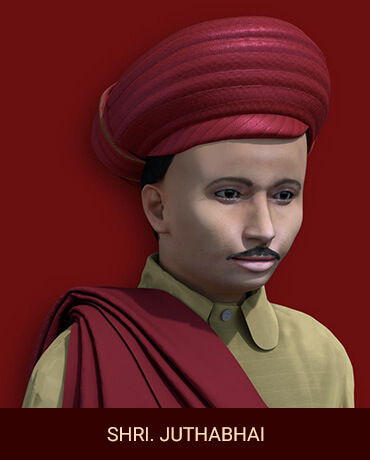 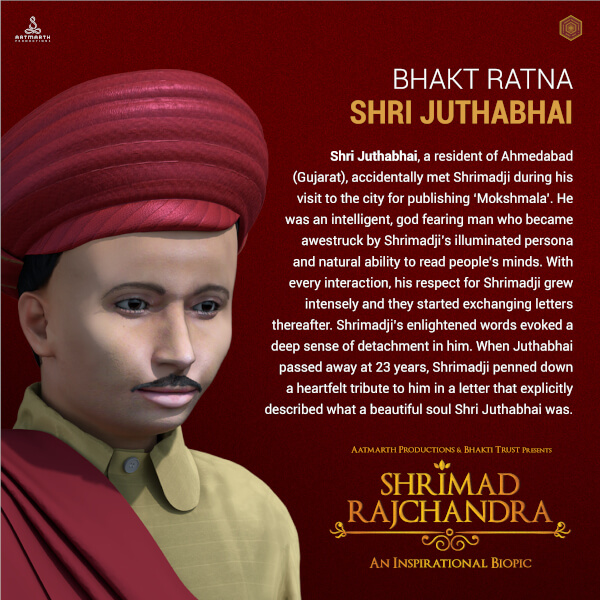 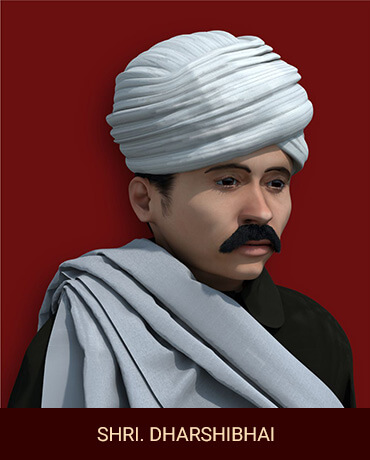 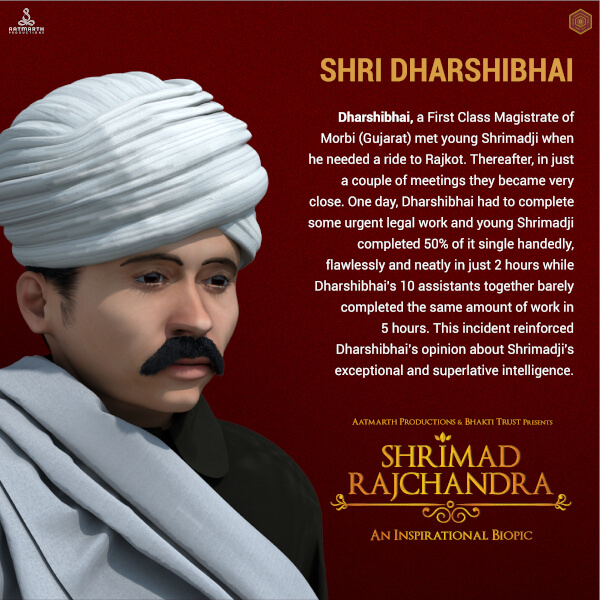 We are building a team of like-minded individuals so that collectively we can take this movie to many, across the world. As a team member, you also receive exclusive updates and access to content before it is released to all.

This website uses cookies to improve your experience while you navigate through the website. Out of these cookies, the cookies that are categorized as necessary are stored on your browser as they are essential for the working of basic functionalities of the website. We also use third-party cookies that help us analyze and understand how you use this website. These cookies will be stored in your browser only with your consent. You also have the option to opt-out of these cookies. But opting out of some of these cookies may have an effect on your browsing experience.
Necessary Always Enabled
Necessary cookies are absolutely essential for the website to function properly. This category only includes cookies that ensures basic functionalities and security features of the website. These cookies do not store any personal information.
Non-necessary
Any cookies that may not be particularly necessary for the website to function and is used specifically to collect user personal data via analytics, ads, other embedded contents are termed as non-necessary cookies. It is mandatory to procure user consent prior to running these cookies on your website.
SAVE & ACCEPT